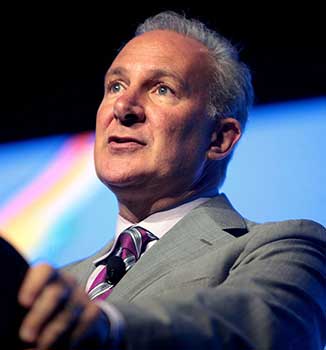 Peter Schiff puts forward a good reason to own physical gold and silver as the dollar is collapsing.

The US dollar is in terminal decline; America is tragically bankrupt, unable to pay its lenders without printing the dollars to do so, and embroiled in an economic depression. It is only a matter of time until the dollar faces a crisis of confidence. The difference between this collapse and the bursting of any other bubble is that the dollar is the backbone of the global economy. Its disappearance will leave a vacuum to be filled.

There are three main contenders for the role: the euro, the yen or the yuan. But each of these currencies suffers from a critical flaw that makes it unsuitable as a reserve currency. When it comes to fiat alternatives, the world would be going from the frying pan into the fire.

None of the world’s fiat currencies is viable as a reserve currency, but gold is. After all, gold is unmatched as a store of value and medium of exchange. JPMorgan Chase accepts physical gold bullion as counterparty collateral; why then should the trend of a widespread return to gold be considered only a remote possibility? On the contrary, it should be expected – if for no other reason than every other currency is fundamentally dismal.

Markets require a reliable medium of exchange. Throughout history, merchants have always turned to pure gold and silver over every pretender. This is not the first experiment in a paper money system, nor is it the first widespread debasement of money.

“While it has always been possible that another fiat currency would rise up to take the dollar’s place, and thereby keep this irrational experiment in valueless money going awhile longer, the particular circumstances that abound today make it seem less and less likely to me. Instead, I’m seeing signs that the world is moving back to gold at a breakneck speed,” writes Schiff. “This is a return to normal and has many positive implications for the global economy. It’s certainly a trend we can all welcome, and profit from.”

The Day the Dollar Died

Should Christians Prepare for Economic Catastrophe?

What You Need to Know About Trading Gold for Cash