Preserve Your Wealth with Silver

Every Economic Cloud Has a Silver Lining

Like 9-11, the Chinese coronavirus is the latest Pearl Harbor event that signifies a big change in our world.  Unlike 9-11, though, this crisis is world-wide affecting the global economy and not just the U.S.

At the heart of the coronavirus scamdemic is a virus that is not as dangerous as we’ve been led to believe.  It is rather, a planned destruction of world economies and the subjugation of the world’s population.
It is all about money, control, and jurisdiction.

Small businesses everywhere have been decimated with mandatory closures while the multi-national corporate businesses remain open and are thriving.  Just as the family owned farmer was driven from their land by corporate agri-giants, small business owners today are being forced to close their businesses while the big chains reap massive profits. Have you noticed how post-covid prices have skyrocketed over the past year?  That is largely because Central Banks across the globe are pumping $Trillions into their economies and inflating currencies beyond anything imaginable.  If you don’t understand the connection between money printing and prices, I suggest you learn.  In the meantime, one thing you can expect is more inflation translating to higher prices.

Step back from all the media hype and social media posts and look behind the curtain at what the money masters of the world are actually doing.

You can get a pretty good idea of what the money masters of the world have planned for us by looking at the World Economic Forum.  You’ll find all the mega corporations involved here and you can read about their plans for economies of the future.  Klaus Schwab, the Founder and Executive Chairman of the World Economic Forum predicts that by 2030, “You’ll own nothing. And you’ll be happy.“

Now, think about that for a moment… if you own nothing, who owns it?  That’s right, the same multi-national mega corporations that make up the World Economic Forum.

No doubt you’ve heard of cryptocurrency… the most famous being BitCoin.

Investors have made $millions in the cryptocurrency market.  I’ve got to admit, it’s been a fun speculative move.  But, keep in mind, like the U.S. Dollar and other currencies around the world, there is nothing of real value backing them. I believe they suffer the same flaw as other fiat currencies.

One item on the World Economic Forum agenda is to replace our current currency based financial system with a digital cryptocurrency.  No longer will you carry cash in your wallet to buy your groceries, etc., with cold hard cash.  No, you’ll swipe your corporate issued debit card or embedded microchip loaded with cryptocurrency.  If your social credit score falls to an unacceptable level, the digital access to your purchasing ability can be limited or turned off. 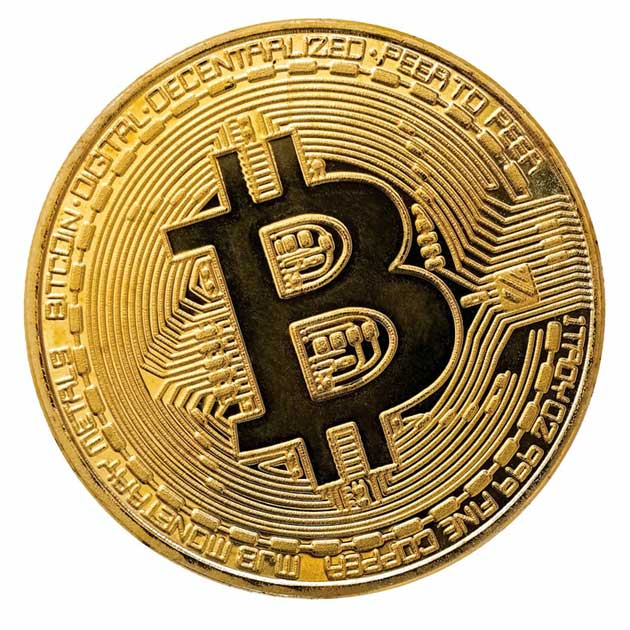 Things are going to go beyond bad in the next few years and will only get worse. The U.S. and economies around the world will continue to rack up debt, prices will continue to rise, unemployment will skyrocket, tens of thousands of businesses will fail, and there will be widespread social unrest. Then, in the Hegelian Dialectic fashion the same people that created in the problem in the first place will offer their solution… the Great Reset.

The dollar continues to lose value. Every day we see the value of the U.S. dollar being inflated away as paper money is becoming more worthless each day.

The problem is that the same old, obsolete, and misunderstood Keynesian economic philosophy rattles around in our leader’s brains. Alan Greenspan told us the U.S. will not default because we can print as much money as we need. Hello? Does that sound a bit inflationary? Isn’t paying off our debt with dollars that are worth less just another form of default? So, the crisis worsens, even if economists say, “The recession is over.” 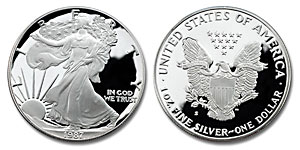 Protect YOUR assets from being inflated away with gold and SILVER. These precious metals are a great investment as a hedge against inflation.

If you’re considering buying precious metals to make money… I suggest that’s the wrong reason.  We’ve seen some pretty dramatic swings in the price of silver in recent years and I suppose the speculators love that. But, I’m not suggesting you become a speculator. Instead you should be protecting your purchasing power of money over the long term.  Mark Twain said, “The return of my money is more important than the return on my money.”

For some strange reason, many people only get interested in buying precious metals when their price is going up.  Smart buyers on the other hand accumulate silver when the price is low and they are the ones who benefit when the price rises.

Silver dropped to some lows for year in December 2021 and has come back a bit in 2022.  But, it is still pretty cheap to buy right now and is poised for some pretty impressive growth in the coming months/years.  I’m taking advantage of these low prices to grow my silver stack.  How about you?

Get something of real value – Silver Coins – while you still can.

Stop throwing your money away on paper scams and promises and invest in real money… Silver Coins.

Did you know silver is drastically undervalued?
Traditionally it trades at 15 times less than the price of gold. Just a few short months ago it was trading at 70 times less. Today, silver is trading at 56 times less than gold and it’s forecast to go up by 25% to 30% in the coming months. The Chinese are buying it like crazy! You need to act and act soon.

Be Prepared Instead of Surprised

The financial crisis of the past few years should be a wake-up call and a period of preparation for the coming collapse.

Those who are awake can see the handwriting on the wall and are getting prepared. Economies around the world are collapsing and as we learned in the 2007/2008 crisis and now in the coronavirus plandemic, the U.S. economy is closely tied to global economies. Politicians have basically sold out America to China and other emerging economies as they now manufacture most of our goods.  What happens in China affects the prices we pay here in America.  What is happening in other countries is coming to the U.S.

Time is running out… and it will run out. Now is the time to prepare yourself for the collapse of the U.S. Dollar, hyperinflation, depression, and the collapse of our economy.

Federal Reserve Chairman Ben Bernanke told Congressman Paul in 2011 that gold is NOT money.  Excuse me? 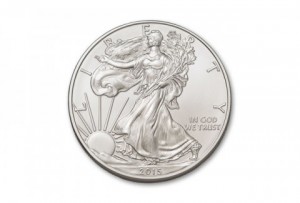 At all times and in all circumstances gold and silver remains money – not paper gold and silver, but physical gold and silver. It is about all there is to protect your wealth from inflation and provide yourself with a viable currency to survive the destruction of our economy.

If you haven’t started to prepare already… there is no better time than right now. If you have begun preparing, you might want to accelerate your accumulation of gold and silver before it’s too late.

Even if I’m wrong and our economy defies the historical trends, physical gold and silver will continue to be a valuable asset that will provide you the peace of mind of holding real money in your hands.

You’ll be glad you did.