You earn it… you save it… and you spend less of it.

Where does all your money go?

Are you tired of huge Corporations & the Government getting all the Money, while You, Your Family & Friends Struggle?

The Game of Monopoly is the textbook or blueprint that provides individuals with a plan to become financially free. Since most people only see Monopoly as a game, they may miss many of the real life lessons it can teach. For example, what does Monopoly teach you about your salary and money? The first space in Monopoly says, “Collect $200 salary as you pass Go”. The question is, “how should you view this money and what should you do with it?”

END_OF_DOCUMENT_TOKEN_TO_BE_REPLACED

Have you been paying attention lately to what’s happening with your money?

Do you want to earn REAL MONEY and protect your wealth?
Buy Silver

At no time has silver been worthless. While that may seem like a silly statement, if you really think about it, stocks and bonds, real estate, many other types of investments may become less than stable, but at no time in history has precious metal been worth nothing at all, or been hard to sell. 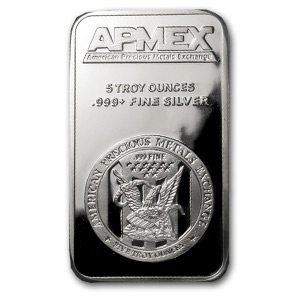 For thousands of years silver was the weight by which wealth was measured. It was cheaper than gold, but has been the basis for entire civilizations.

Even the renowned Warren Buffet did his bit with the precious metal.

In the late part of the 1990’s Buffett bought more than 100 million troy ounces (a few thousand metric tons) of silver. He did so at a price of about 4 dollars per troy ounce or a bit more. The silver price doubled and Buffet apparently sold, announcing in 2006 that he no longer held silver as an investment.

Pricing plummeted in 2008, as did many others but since then has continued to rise, slowly but steadily. Silver bullion prices can fluctuate quite widely dependent upon the supply and the demand for it. Silver is currently enjoying a very wide popularity as an investment item because the prices have been relatively good and they are steady prices.