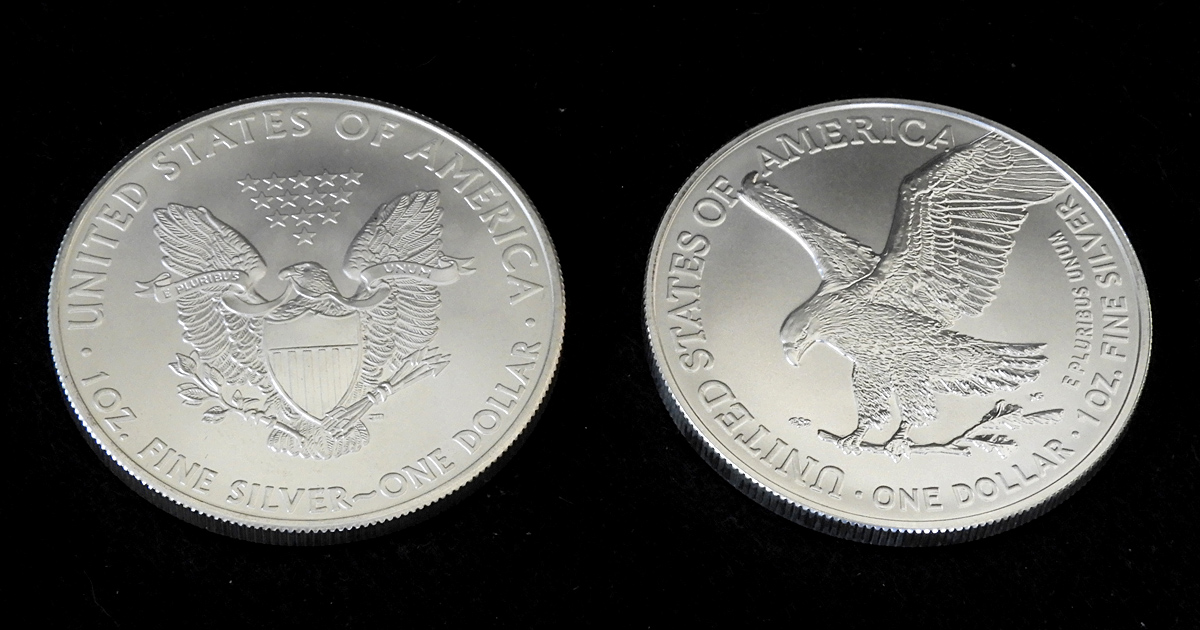 The new reverse of the American Eagle silver coin designed by Emily Damstra depicts an eagle in flight with an oak branch in its talons. The inscriptions around the rim are rendered in a new clean, modern style. The national motto E PLURIBUS UNUM that was on a ribbon in the old design has been enlarged and moved above the weight of the coin.

The previous reverse design is a rendition of a heraldic eagle by John Mercanti and also features a shield, with 13 stars, representing the 13 original American colonies, positioned above the eagle’s head.

The obverses (heads) of the redesigned American Eagle Silver Coin will continue to bear versions of the historic designs that have been featured on these coins for more than three decades.

Since the first day American Eagle Silver Dollars were released in 1986, they’ve been the most highly prized and most popular Silver Bullion Coins in the world! Requiring no assaying, American Eagles are easily converted to cash at any time. By law, each coin contains one full troy ounce of pure silver. Each coin contains 1.0000 troy ounce of 99.9% pure silver and is 40.6 mm (1.598 inches) in diameter.