Accumulating things seems to be the human condition. People collect all sorts of things for a variety of reasons. Usually, it’s because they either enjoy the things they collect or they believe their collection will have greater value in the future.

Well, if you’re going to collect something… why not collect real money? 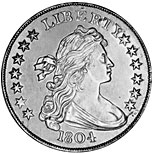 Silver and gold have always been something of value that has been used as money throughout the ages. In fact, silver has been deemed the official money of the United States as mandated by our Constitution. True, many believe their fiat paper money is the official American currency, and it has been pretty successfully passed off as that. However, it’s value has been debased since the Federal Reserve began printing it and its value continues to decline.
END_OF_DOCUMENT_TOKEN_TO_BE_REPLACED